Should I use a split system or ducted airconditioning in my home?

Home/Should I use a split system or ducted airconditioning in my home?
Contact Us

Should I use a split system or ducted airconditioning in my home?

Any central air conditioner will efficiently cool your Brisbane home in hot weather. Nonetheless, you should compare two major types of cooling equipment before contacting an installer. They’re known as ducted and split systems.

A split air conditioner consists of a single outdoor module and at least one indoor air handler. Narrow tubes link them together. On the other hand, ducted systems use metal or plastic ductwork to carry cool air to vents in each room.

Both air conditioning methods offer several important benefits that appeal to different kinds of homeowners in Brisbane. For example, duct-based units tend to cost less if you own an especially large house.

Regardless of your home’s size, an air conditioner with ducts will usually produce less noise than a split system. Both types of equipment run more quietly than self-contained window units.

Ducted systems generally have a less noticeable appearance. Although both technologies make use of sizable outdoor units, a split system has larger indoor fixtures. Duct vents might match your flooring if you purchase wooden grilles.

Unlike air handlers, traditional vents can easily distribute cool air throughout big rooms. You might prefer ducts if you live in a rather spacious home. Split systems may fail to cool large spaces or take a long time to accomplish this task.

Air conditioning equipment tends to last longer if it uses ductwork. On average, the life span of a ducted unit exceeds that of a split system by about five years. Keep in mind that any cooling equipment will last significantly longer when you maintain it regularly. 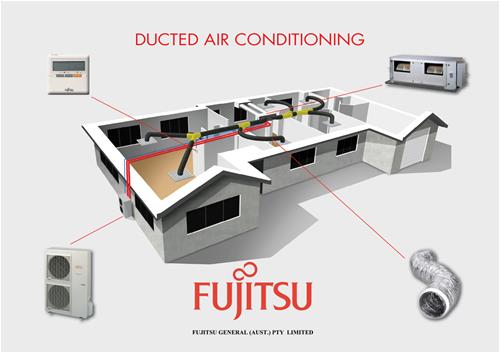 A well-made ductless system typically demands less maintenance than a conventional unit. Owners don’t have to fix, seal or clean bulky ductwork. However, each handler contains a separate filter.

If your Queensland home has already been built and you want to add airconditioning, you might benefit from choosing a ductless system. Some houses don’t provide enough extra space for ductwork.

A split air conditioner will cost far less than a ducted unit if you have a small home or intend to cool a single room. Workers can set up this equipment more quickly, so you won’t face massive installation expenses.

Split systems have multiple thermostats that allow family members to select each air handler’s target temperature. Although it’s possible for a ducted system to have separate zones, this adds a substantial amount of money to the installation cost.

It’s easier to expand a ductless system when necessary. For instance, you might appreciate this advantage if you decide to build an addition or turn a storage area into living space.

To sum it up, ducted airconditioning equipment benefits homeowners who have large rooms or prefer inconspicuous equipment. Split units frequently cost less to install and operate. They also conserve interior space. A Brisbane Air conditioning expert can help you select the right model and get started.